IPB has issued a print supplement for the IPB World Congress 2016 in the German newspaper der Freitag. 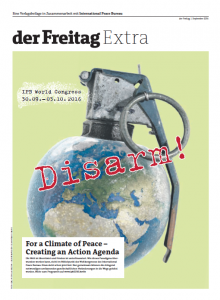